Karklė village, settled by the Baltic Sea in the end of the 15th century and beginning of the 16th century is one of the oldest and biggest historical coastal settlements. Karklė village has preserved its ethnographic originality over the centuries. On the seashore the old cemetery is extant, where the poet Salys Šemerys-Šmerauskas (1898-1981), one of the participants of the Four Winds movement, is buried. Karklė village is announced to be an ethno-cultural reservation.

The cliff of the Dutchmans Cap (a parabolic dune emerged 24.4 m from the sea) is constantly eroded by the beat of the waves and falls to the seaside by the slant of 20-22 meters height.

From the earliest times the Dutchmans Cap was overgrown by the old pine and oak forest and was a big contrast to the sand plain, which had stretched around. The hill was a good guide for seamen and fishermen. 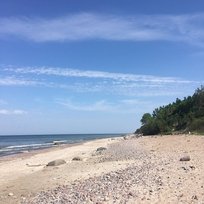 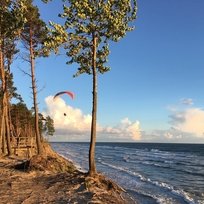 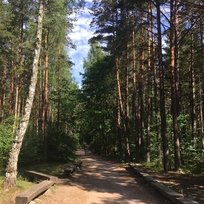 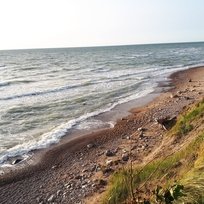