Gargždai is the administrative centre of Klaipėda district. For the first time in historical sources Gargždai was mentioned in the name of Garisda in 1253; however, people have lived here since Brass Age. Gargždai Manor has been mentioned from the 16th century. Up to the 18th century the settlement belonged to the estate of Baron E. Rėnė (Rönne). In 1792 Magdeburg rights and the coat of arms were given to Gargždai. Since the 19th century Gargždai has been famous for being the frontier town and experienced its palmy days. The trade, crafts, cultural and religious life were developing at that time. During the First World War almost the whole center of the town burned away. During the occupation of the Soviets Gargždai developed a lot. In 1950 the town became the centre of Klaipėda district. In the beginning of the years of Independence the St. Archangel Michael Church of postmodern style was built. Nowadays Gargždai is reasonably pride of interesting history and constantly renewed face of the town. 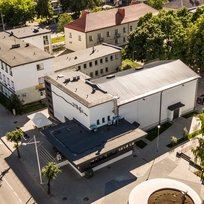 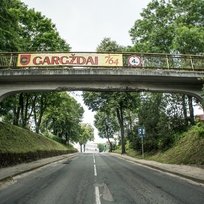